Discounts and reductions for the best parks of Riccione

Hotel Mon Pays in the centre of Riccione will take you to Aquafan and Oltremare, among the best theme and fun parks in Europe. At the Hotel you will find discounted admission tickets, ask Daniela and Raffaella!

Aquafan – The most famous water park in Europe

90 thousand m2 of greenery on the hills of Riccione with over 3 km of slides from the kamikaze to the Extreme River, from the Speedriul to the Fiume Rapido, and the brand new StrizzaCool and Tobagas… As well as the huge Poseidon Wave Pool, the foam dance, the entertainment, shows, and characters, great events and live broadcasting of radio Deejay… Aquafan is also the top children’s kingdom with 3 special water games and entertainment areas. Summer is no summer without Aquafan!

At the Oltremare theme park in Riccione, opened in 2004, you will discover the fascinating sea world and everything to do with the formation of the Earth and evolution of life. This truly spectacular theme park on the Riccione foothills is completely surrounded by greenery and dedicated to green issues and conservation themes.

Your day at Oltremare will take place among fascinating routes, events, and shows:

Hotel Mon Pays in the centre of Riccione also takes care of your relaxation by providing you with an entire Thermal Spa Centre that has a special deal agreement with the Hotel: Parco Perle D’Acqua in Riccione. Relaxing massages, steam baths, and whirlpools are just a taster! 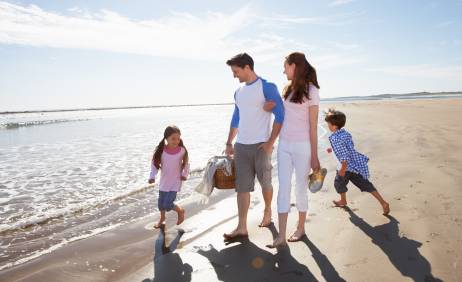 There is no offer currently available

Just 2 minutes from the beach

Sleep soundly in our rooms

The traditional cuisine of Romagna

Ask for a quote for your holiday!